Storytelling is powerful.
It draws readers in and engages them.

Good writing is simple, but not simplistic.

Good copy starts with understanding how your product or service helps your customers. Simple words communicate better than big words and pompous language. 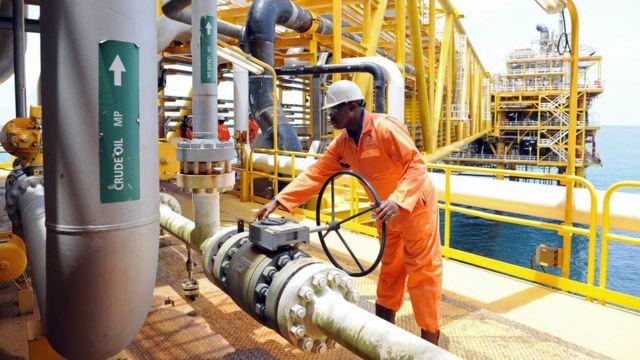 This article attempts to provide a gist of the recently released Position Paper by the Institute of Directors (Nigeria): “Making the Petroleum Industry Act work.” By way of acknowledgment, the Paper benefited from substantial input from the Institute’s Energy & Power Committee.

Regulators and Operators in the Oil and Gas industry have for years discussed the need for a comprehensive piece of legislation covering the petroleum industry, which is attractive to investors and ensures sustainable long-term government revenues. The enactment of the Petroleum Industry Act (PIA 2021) enactment provides legal, governance, regulatory and fiscal framework for Nigeria's oil and gas sector. Like most laws enacted, teething problems are naturally to be expected in the full implementation of the PIA.  Overall, the PIA marks a progressive step towards creating a competitive, progressive, and investable energy sector. However, there are key areas where government must explore possible implications in charting an implementation path.  These implications need to be considered to prevent an implementation framework that is disruptive to business.

The Position Paper highlighted three specific industry areas of concern and three matters of interest to the Institute:

Matters of interest to the Institute:

-         Fiscal certainty and accelerating investment and

In establishing the Midstream and Downstream Petroleum Authority, Section 31 of the Act outlines the objectives and functions of the new regulator. The overarching aim of the regulator is to promote a competitive market for midstream and downstream petroleum operations. In achieving the objective, the regulator establishes and enforces a positive environment for investment and investors and a framework that addresses tariffs and pricing for natural gas and petroleum operations. Barely five months from the Act's passage, this section (presumably as it relates to subsidy removal) was suspended for 18 months commencing January 25th, 2022. The action not only stalled the otherwise desirable downstream deregulation, but effectively introduced a new and high degree of uncertainty for industry players and prospective investors. Thus, attracting capital from domestic and international financiers will become more tedious. Stalled deregulation effectively puts the desirable objects in the above-cited sub-sections of section 30 in abeyance.

Feedback from the business community,” stated the IoD Paper, “suggests that aspects of the Act may prove difficult to implement in practice because of inherent complications.” For instance, the overlap of the hydrocarbon tax and company income tax that is evident in section 302 (1). The section states that Company Income Tax (CIT) shall apply to companies engaged in petroleum operations (upstream, midstream, and downstream), and section 260 (1) states that Hydrocarbon Tax shall apply to companies upstream: onshore, shallow water and deep offshore.  In essence, upstream firms would be subject to Hydrocarbon Tax and CIT – a situation that may pose implementation complexity and inefficiency in managing accounts. Another complexity worthy of note is that posed in Section 92 (1) on conversion from OPLs to the new PPLs. The Act allows the voluntary conversion of an existing oil prospecting license (OPL) to a petroleum prospecting license (PPL). However, the OPLs cover a larger size of 2,950 square kilometres, while the new PPLs depending on terrain, cover 300 square kilometres (onshore and shallow offshore) and 1,000 square kilometres (deep offshore). Conversion may not be as straight- forward as anticipated by the Act. The pros and cons of the old taxation regime versus the new and the impact on asset owners on asset conversion is an area that many operators are still reviewing, and their decisions will have to be on an asset-by-asset basis. However, one should note that in asset conversion, the attraction for exploration activities in the upstream sector is low in Nigeria and can potentially leave many acreages without operators.

In the section of the PIA on gas development and business, the Institute of Directors, in its analysis, notes a strong emphasis on gas development. However, the incentivizing of gas investments does not appear to have the same focus. The government must offer more investor-friendly incentives for a more competitive and progressive gas sector. Three examples of incentivizing gas investment are as follows. Firstly, there can be improved fiscal sweeteners for non-associated gas (NAG). Section 264 (d) expressly disallows deductions of "financial or bank charges … and interest on borrowing" in the computation of adjusted profits of the company from its upstream petroleum operations. Given the high capital costs associated with the exploration and development of gas, this provision creates a fiscal disincentive for companies that find non-associated gas during upstream exploration. Secondly, Section 167 (3)(b), which states: "Free market-based contracting for natural gas between willing buyers and willing sellers, based on criteria established by the Authority …." is ambiguous. By providing clarity in defining the transition to a willing-buyer, and a willing-seller gas market, there is a better context of how one can state an objective transition from a regulated regime. The ambiguity of this definition gives room for disinterest by capable investors.   Thirdly, is the application of the power to regulate and review gas prices. In defined circumstances, sections 169 and 170 empower the Authority to "control the prices charged by licensees … in a manner consistent with the (four) pricing principles set out in section 170. Although well-intentioned, price regulation risks inconsistency and inadvertently constraining competition and investment. With the current conversations around energy transition and the passage of the Petroleum Industry Act coinciding with the decade of gas, the government must introduce maximum incentives and tax benefits to drive the development and commercialization of gas assets. Worthy of note is that in all the recently awarded production sharing contracts to the oil majors, gas resources belong to the government. Thus, the operator must "earn" gas opportunities when it finds gas in commercial quantities. This uncertainty of "earning" a gas split of revenue does not incentivize an operator to explore for gas. Unlike the commercialization of crude oil, gas commercialization is more dynamic but multi-directional. Thus, clarity in encouraging fiscal regimes is optimal.

According to the IoD Position Paper: “While there is evidence that the PIA attempts to incorporate ESG principles, there are few 'missing links’.’’

Governance : The NNPC Limited Board reflected a degree of gender diversity, but that may not be true of the Commission and Authority. A review reveals that only one in six appointees on the boards of NNPC and the two regulatory authorities put together are women. There is no prescription for other boards of companies in the petroleum operations space.

As NNPC and the operators strive for more accountability and transparency in their operations in line with global standards and access to financing, ESG targets are becoming a critical matrix to be measured. It is potentially possible for an asset to be tagged negative despite operating profitably but scoring low in its ESG matrix.

For nearly two decades, foreign and local investors were uncertain about what to expect by investing in Nigeria – such as the fiscal terms – because of the delays associated with the release of the Act. The result is that many diverted their investment to countries with greater clarity and fiscal certainty. Fiscal certainty helps accelerate investment. The inability of the country in recent times to fully meet its OPEC production quota is one such casualty of fiscal uncertainty. The Institute is concerned about whether the signing of the Petroleum Industry Act (PIA) 2021 will reverse the adverse trend and accelerate investment in the industry. In a recent confirmation of the situation, the Minister of State for Petroleum, Timipre Sylva, was quoted as telling EU Ambassadors to Nigeria that the country accounted for "only $3.5 billion of $70 billion worth of investment that entered Africa" in the nine years to 2022. For a country that accounts for a third of the continent's oil reserves, at five per cent, Nigeria is punching well below its weight. To prevent a situation whereby Nigeria's fiscal terms are largely uncompetitive relative to other jurisdictions, the Institute believes that a Monitoring Committee needs to be established solely for studying and periodically communicating the investment impact of the legislation as we advance.

As humanity comes to terms with the reality of Climate Change and the need to take action to stop or slow the impact, countries committed to the Paris Accord, including Nigeria, are working towards making good their "national-determined commitments." The potential impact of the energy transition is the crux of energy sustainability and climate change. Fossil fuels – which include oil and gas, and coal, have been implicated as significant contributors to carbon dioxide emission – which in turn leads to Climate Change. Spurred by climate activists, most western investors are turning their backs on new investments in petroleum operations, the subject matter of the PIA. Although on a global scale, not a top emitter, Nigeria in Glasgow CoP26 committed to Net-Zero 2060. Despite European investors' recent "reclassification of gas as 'green'," Nigeria's "Decade of Gas" strategy faces stiff headwinds in the run-up period of the energy transition.

The Institute recommends that Nigeria should desirably broaden its energy mix well beyond the present. The recent steep increases in energy costs – following the Russia-Ukraine war – highlight the importance of diversification. Hydroelectric projects such as Mambila have spent too long on the drawing board. Despite a large pool of potential funding, efforts at utility-scale solar projects have not materialized. A solely gas-based energy transition is not viable. The world will not wait for Nigeria.

In conclusion, the PIA represents the most impactful piece of legislation designed to encourage investments in the energy sector in Nigeria and mainly targets increased gas resource development while actively ensuring sustainability by creating a symbiotic relationship with all stakeholders (including the host communities).

➢ Pending their full privatization, there is need to fast-track the ongoing full rehabilitation of refineries. Government should consider the minimization of the impact of import freight element on the pump price of fuel.

➢ Review the current fuel pricing mechanism: Government should, as a matter of urgency, work on removing all the inefficiencies and distortions that negatively impact the landing costs of products.

➢ Ensure stability in the foreign exchange rate as that removes the "pricing and inflationary burden" it introduces.

Ameliorate the burden from implementation complexity

➢ Need to develop a uniform template for dealing with overlaps; and

➢ State an objective basis for determining the length of the transition from a regulated regime to a 'willing-buyer, willing-seller gas market.

➢ Except where it is strictly in the public interest, regulators' excessive price regulation should be avoided.

➢ Environmental: Given Nigeria's declared commitment to Net-Zero 2060 at the CoP26 held in Glasgow, UK – three months after the act was signed – the government must reflect the urgency implied by the commitment to the speed and implementation of the PIA. The act should include a specific penalty for failing to comply with section 103 and for environmental damages.

➢ Social: While it is commendable to have in place Trusts and Plans that cater for host communities, it is essential to ensure related funds are well-managed and correctly accounted for if the desired socioeconomic growth will result. Equally important is for all players, as a matter of good practice, to incorporate sustainability reporting as part of applying ESG principles.

It is instructive that the Nigerian Upstream Petroleum Regulatory Commission (NUPRC) recently released the first set of six regulations on aspects of the PIA. Better late than never. Active engagement with players in the industry should help clarify many PIA grey areas and hopefully get it to achieve its laudable objectives.